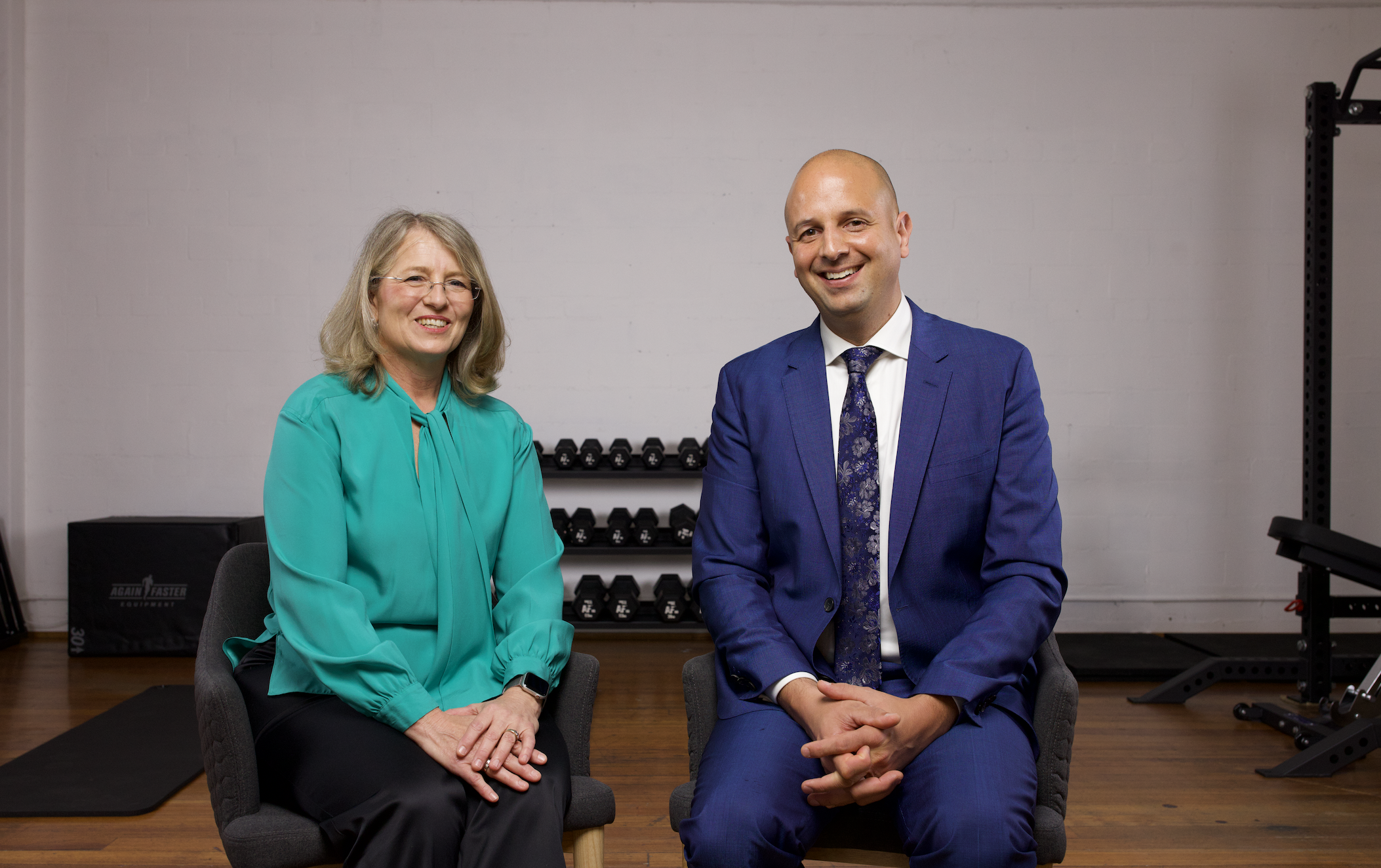 Enjoy this free preview of Nigel Hartnett and Jane Rooney discussing who is, and who isnt approrpiate for a delayed ACLR 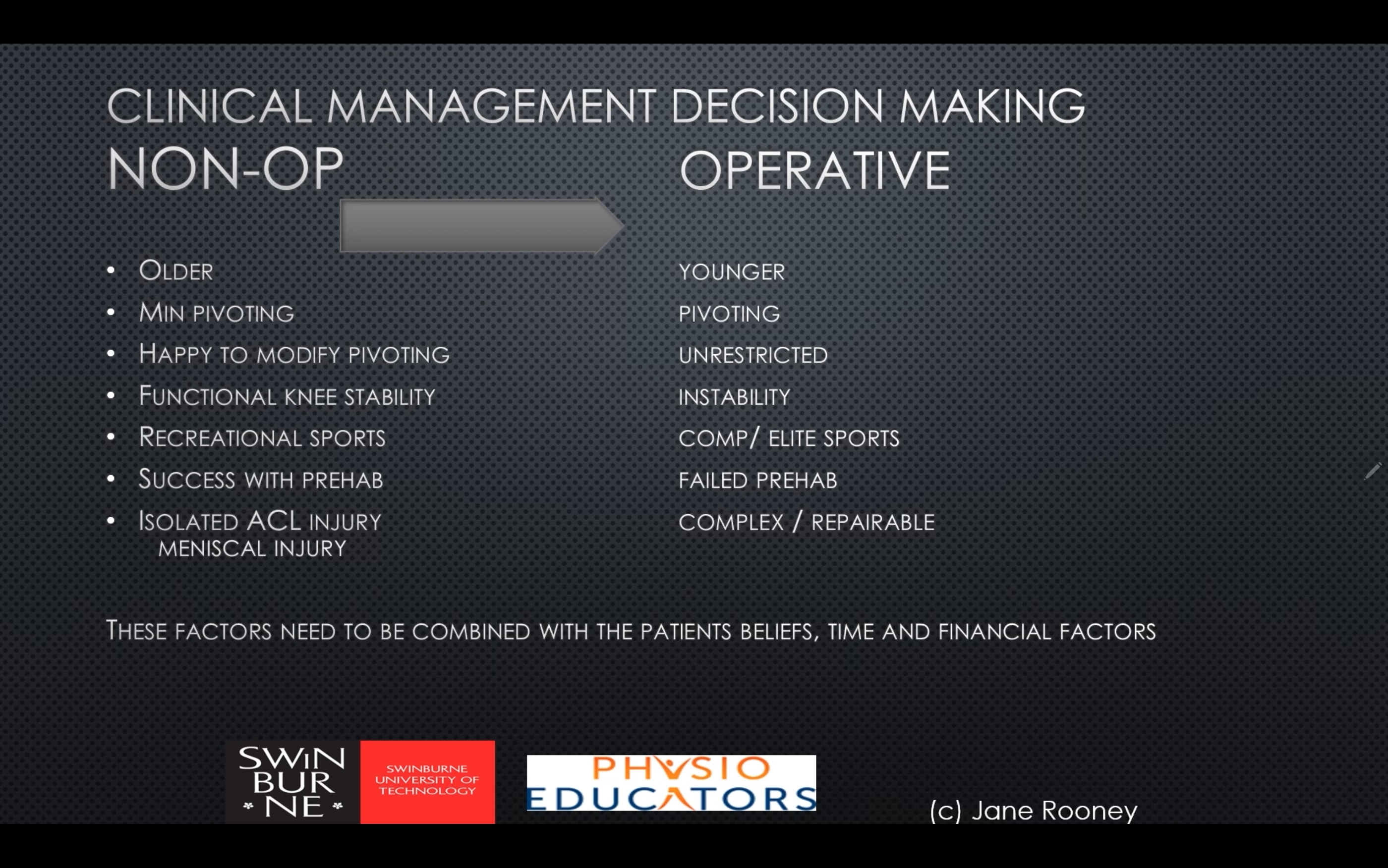 Not everyone requires early ACL reconstruction. Conversely, non-operative management should not be recommended in all cases either. Let Jane and Nigel help you navigate this complex area of ACL injury management in our 2hr online masterclass. 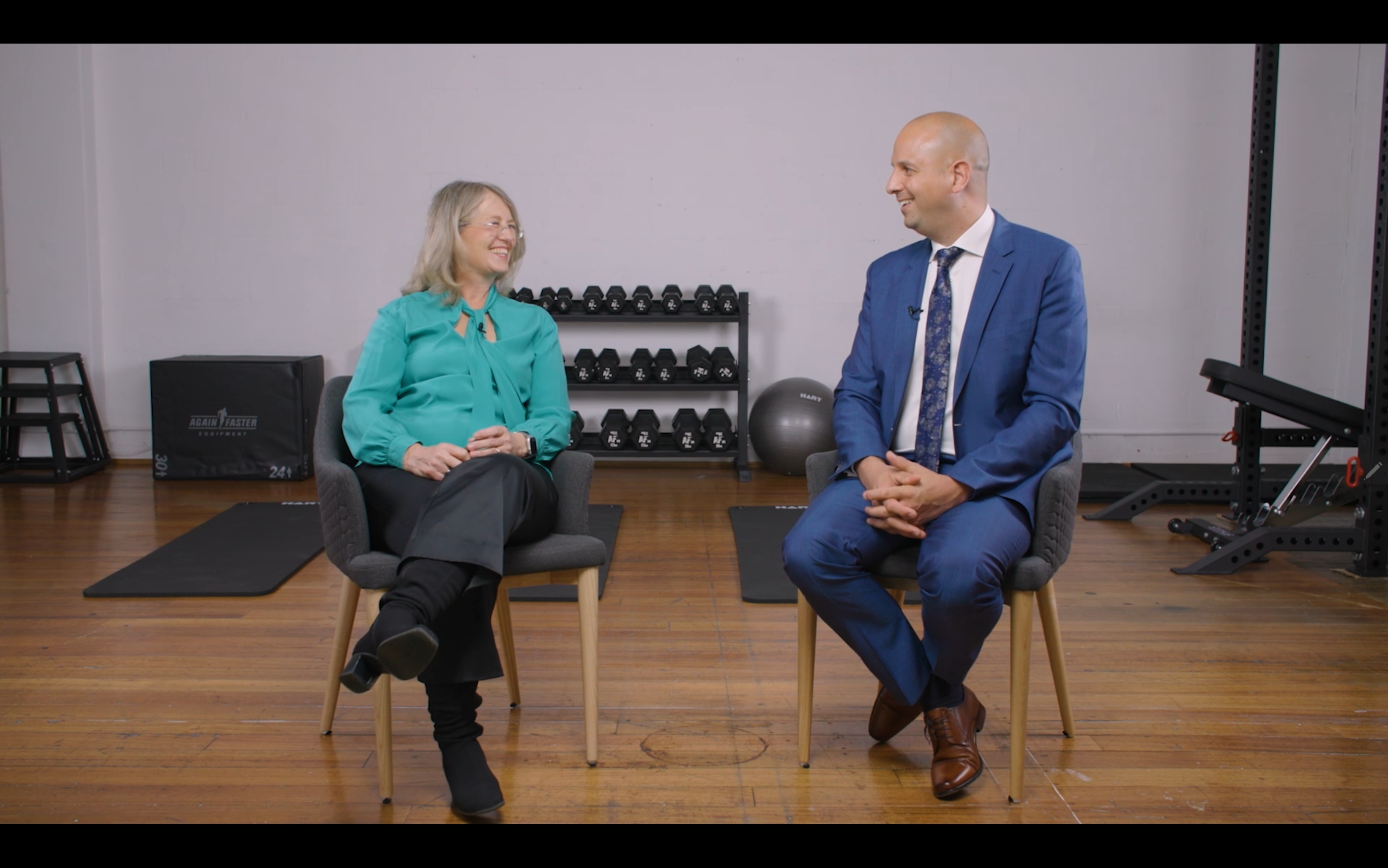 Both Nigel and Jane are high volume ACL clinicians who have managed ACL injured patients from young to old, from elite to recreational and those wishing to pursue a non-op plan through to those that required early ACLR. Their years of experience, shines through in this 2hr masterclass! 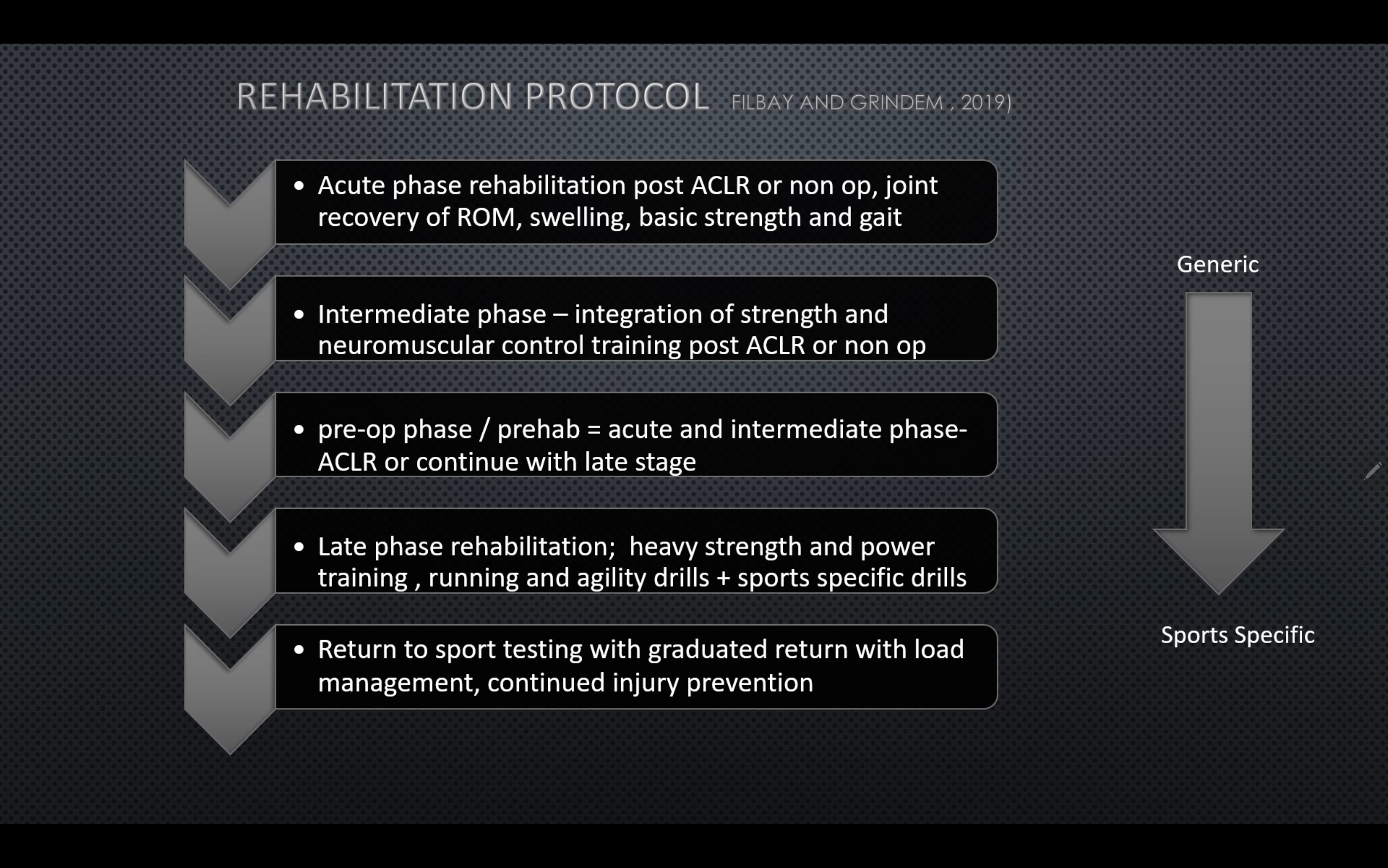 Regardless of treatment choice, high quality, progressive overload rehab is crucial to short term and long term outcomes. Learn how to stucture your rehab plans in this important section of this masterclass. 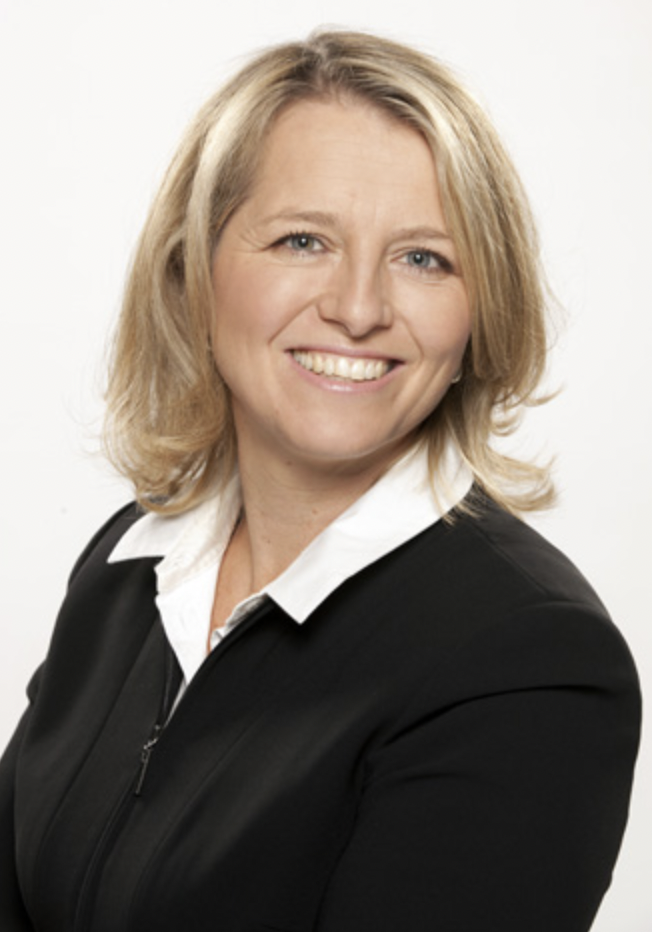 Jane is one of Australia's most recognised and respected knee specialists and enjoys the academic challenge of complex knee conditions. She is an expert in the treatment and management of all types of knee injuries, including knee ligament reconstructions, patellofemoral pain and instability, and screening for injury prevention and performance enhancement. Jane has also developed an evidence based clinical Return to Sport Screening Test post ACL reconstruction.

Jane has extensive experience in the Sports Medicine field both in Europe and Australia with 26 years experience and has been a senior clinician at Prahran Sports Medicine centre for the past 16 years. Jane is an Honorary Lecturer at Melbourne University in the Undergraduate and Post graduate Physiotherapy Programs and a guest lecturer at La Trobe University Post Graduate Masters in Physiotherapy. Jane is also a regular presenter for the Australian Physiotherapy Association and is a facilitator and examiner for the Australian College of Physiotherapists. Jane has worked with elite athletes at state, national and international levels in swimming, netball, athletics, soccer, AFL and cycling. Jane has also travelled with the Australian Fed Cup team, Tennis Australia and has provided individual physiotherapy services to internationally recognised tennis players.

Nigel is a Knee and Orthopaedic Surgeon originally from New Zealand who has settled in Melbourne.

He graduated with a Bachelor of Science degree from Auckland University in 1996, and then graduated a degree in medicine from the University of Otago in 2000.

He obtained his Fellowship in Orthopaedic Surgery from the Royal Australasian College of Surgeons in 2010 and became a Fellow of the Australian Orthopaedic Association in 2014. 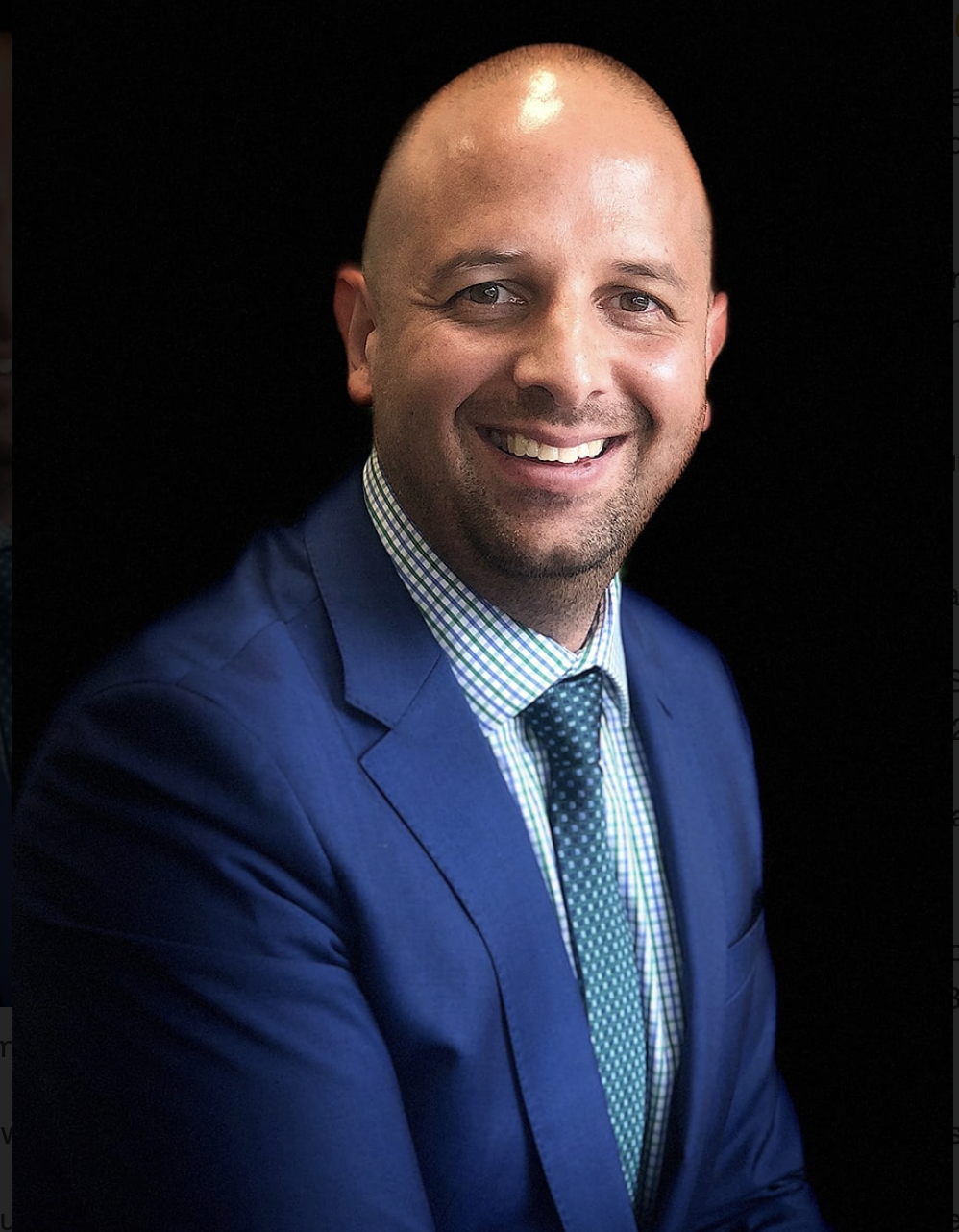 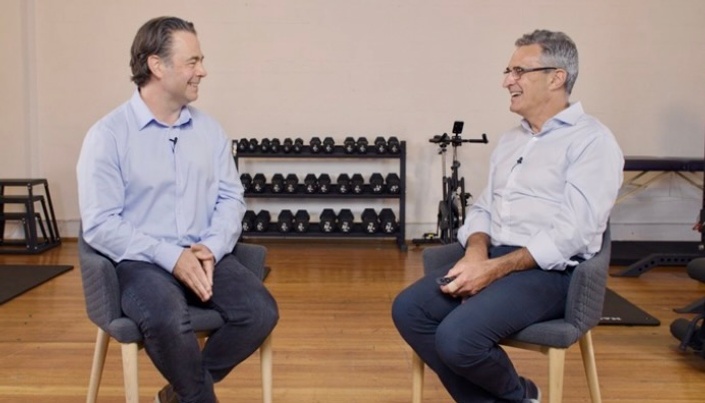 Everything you need to know about ACL Surgery &amp; Early Post-Op Rehab Masterclass 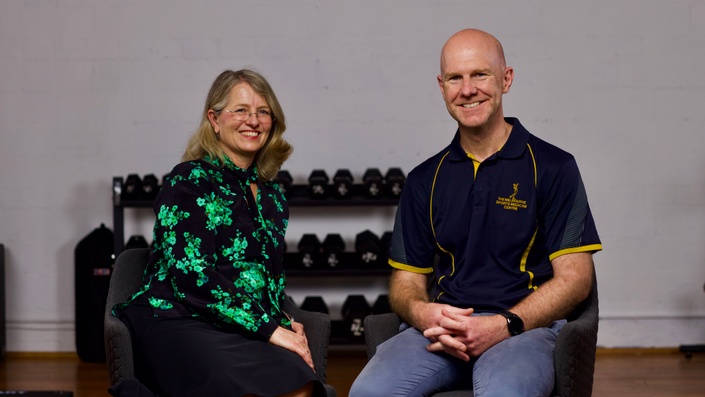 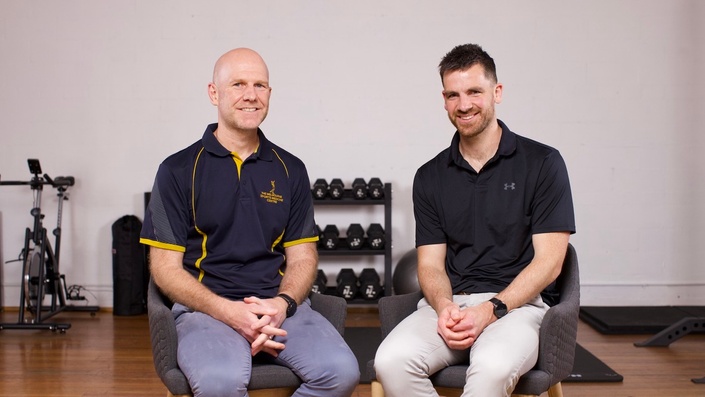 Everything you need to know about ACLR Rehab for the court based athlete!