In the next instalment of “Mick talks to…”, I sit down with hamstring expert and lecturer Dr Steven Duhig from Griffith University, who has investigated risk factors for hamstring strain injuries. In addition to his research within the sports medicine field, he works with numerous elite athletes across various sports as a Strength and Conditioning Coach.

Hamstring strains are a very common injury in sports such as Football/Soccer and AFL due to the perfect storm of repeated high-speed running and repeated kicking; however research has shown that hamstring injury risk can be significantly reduced with the implementation of certain strengthening exercises and load management practices.

Rather than me do an ordinary job of trying to cover his topic in a blog, I thought Steven would best give this topic greater justice! I hope you enjoy our conversation..

Mick: Thanks for sitting down a chat on hamstrings Steve! Before we get into the juicy stuff; You've completed your PhD in hamstring strains, can you give the reader an insight to some of the things you've researched and found?

Steven: Thanks for the opportunity Mick! So I’ve conducted three studies during my PhD with all of them aiming to explore possible relationships between running volumes and hamstring strain injuries in the AFL. Basically, I wanted to find out what happens to the hamstring's function after we do a truck-load of kicking the football; and then also find out whether or not different types of hamstring strength training influence sprint-running recovery. The first and second studies were published in the British Journal of Sports Medicine and Journal of Science and Medicine in Sport, and the third study is currently under review in the Journal of Science and Medicine in Sport.

What I found in each of these studies was quite interesting. The first one had a few significant findings, but I guess the main finding was that performing unaccustomed volumes of high-speed running across a 4-week training block will increase your risk of injury by as much as 6x. The other findings were that players who have been in the AFL system longer, had a reduced risk of hamstring strains; and lastly if you want to mitigate your risk of injury, then modifying your high-speed running distances in the final week may help.

The second study showed that kicking the football (a lot, and with as much effort as possible) will reduce your eccentric hamstring strength and decline your hamstring muscle activity. It is possible that these reductions may exacerbate hamstring strain injury risk independently, or when coupled with high-speed running. From an injury prevention perspective, I'd suggest to monitor the amount of kicking and running performed within a training session.

The last of the three studies showed that after five-weeks of strength-training, eccentric-only exercise lengthened hamstring fascicles while reducing pennation angles, whilst the opposite occured for those performing concentric-only training. In layman’s terms, the eccentric-group got LONGER hamstrings. We also found that whilst doing a Nordic Hamstring curl, the strength of the athletes improved in both groups; but we found that neither group seemed to show any differences in sprint-running recovery. In saying this, I think it's worthwhile noting that despite no apparent differences in recovery between groups, clinicians may consider some association between the concentric-only group and elevated hamstring injury risk given 2/15 participants from this group were unable to complete the second sprint session due to hamstring injury or soreness.

Mick: Great stuff Steve, and well done on this research! With hamstring strains being a major time-loss injury in football, soccer and AFL, being able to prevent hamstring strains must be like finding the holy grail! We know however that preventing all hamstring strains is unreasonable; so what’s the current best practice to reduce the risk?

Steven: While expecting to prevent all hamstring strains is unreasonable, I have heard some success stories from colleagues in AFL, NRL and EPL that have been fortunate to go injury free for a whole season or two. I believe best practice should involve screening (eccentric strength, hamstring architecture and perhaps even flexibility...), addressing identified risk factors then diligent monitoring of high-speed running loads while exposing athletes to appropriate doses of eccentric-ONLY exercise. Also, I like programs that perform strength exercises after a decent high-speed running session, given the reported positive effect on fatiguability.

Mick: I have a lot of patients come in with hamstring strains who blame their "tight" hamstrings to their run of injuries. What influence does hamstring length/flexibility have on hamstring strains? Or is it a strength issue?

Steven: Hard one to answer without knowing their training status and program. There is evidence to suggest length and flexibility are risk factors for hamstring strains and therefore I believe neither should be ruled out completely. There are now a few studies that suggest your hamstring fascicle lengths will either shorten or lengthen depending on whether you have been performing concentric-only or eccentric-only strength exercises, perhaps this is also the case for other movements that involve repetitive cyclical concentric-only contractions (i.e. cycling, rowing, pushing sleds). Should these patients have 'short' hamstring fascicles then it appears they can be lengthened (within 4-6 sessions) using SUPRAMAXIMAL eccentric-only exercise or holding a stretch for 7.5 minutes. I like the effects strength training has on the body so it always takes precedence in my programs.

Mick: It's really interesting reading stuff on social media about the Nordic Hamstring Curl exercise. I've never seen a more hotly debated exercise; some people love them, some people refuse to program them. I even once heard an experienced sports physio say he doesn’t prescribe them because "he can't do them, so why should his patients". Where do you sit on this topic?

How entertaining is a good social media Nordic/ Russian curl debate?! I remember the first Nordic I performed, it felt like my hamstring were going to rip off the bone! So, it's unsurprising that those who have also experienced this might be afraid of getting their clients to perform such an exercise. I hear a lot of rubbish from Nordic 'haters' (I'm unsure of why they hate so much, misanthropists maybe?) but if you (can) read the literature and have the capacity to make an informed decision then it would seem a challenge to not prescribe this exercise in your program. I like to think of myself as a scientist and therefore use peer-reviewed scientific literature to guide my programming. 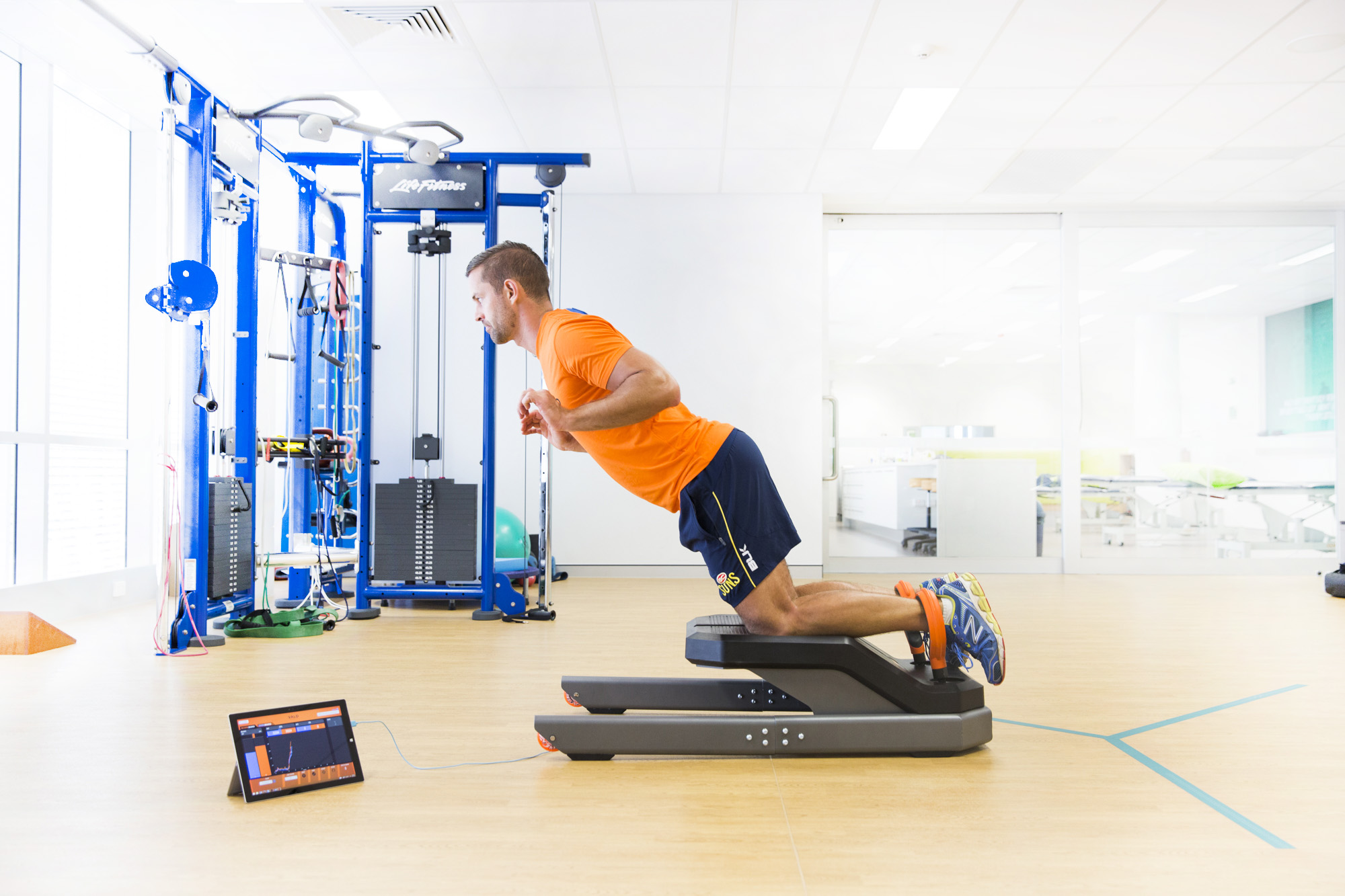 Mick: If Nordics however were to be programmed; how can we best approach it? Taking into account how we should program them in the pre-season and how they could be prescribed in-season?

Steven: I would recommend starting as early in the preseason as possible, it is also important to perform this exercise with as much control as possible (people use bands for assistance but I think they're unnecessary). There are plenty of programs available within the literature and I'd suggest the starting with 1-2 sets of 4-6 reps twice a week and overloading via volume then adding additional resistance (e.g. 5kg plate). After an intensive program, the dosage of Nordics doesn't appear to be much to maintain eccentric strength and fascicle length (2 sets of 4 reps per week) so I'd suggest something similar. However, this may need to be increased based on other exercise modalities that may expose athletes to cyclical concentric contractions.

Mick: In the event of a hamstring injury, when do you think we could we introduce them into the rehab plan? Traditionally, they are introduced later in rehab later, but have read Jack Hickey and colleagues work saying we could introduce them earlier than what we've previously thought?

Steven: When I heard of Jack's research plans I thought he'd gone mad. It was great to see those guys challenging the status quo. In my experience this early exposure to eccentric exercise has worked wonders with quickly regaining strength, architecture and the athlete's confidence. However, while this accelerated rehab 'ticked boxes' for the return to sport criteria there were still a few who reinjured so perhaps there is no escaping the average 21-day return timeframe.

Mick: So aside from Nordics what other exercises would you select during hamstring strain rehab and why?

Steven: In addition to the knee based Nordic curl, I prescribe a hip based exercise (e.g. Romanian deadlift, good morning, unilateral 45degree hip extension) with the aim of targeting both medial and lateral compartments of the hamstring. I've been a little bit spoilt working within universities in the way of having access to isokinetic dynamometers, and although they may be limited in identifying those at risk of injury, they are a great tool for rehabilitation. Besides from the hamstring exercises, I focus on strengthening other hip extensors as it's likely they play a similar role to the hamstring during the running phases. Finally, early reintroduction of running while working on sprint technique is cruical. 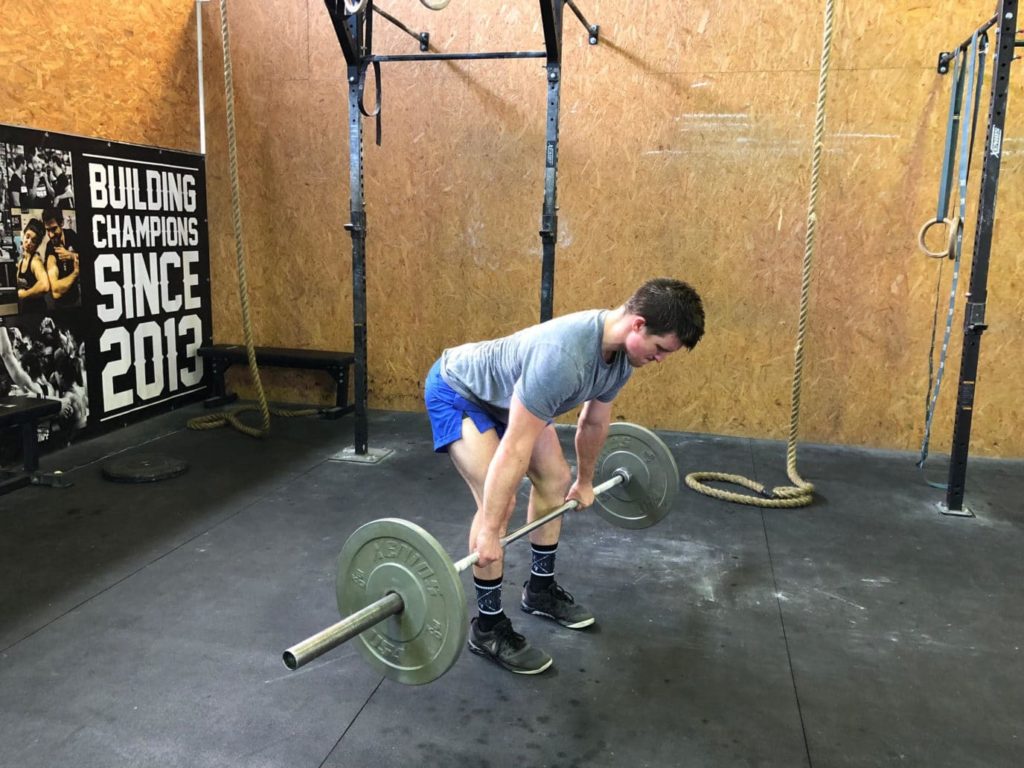 Mick: I once had a patient whose Nordbord testing was 550N each limb after a solid stint in rehab following recurrent hamstring strains. He was subsequently cleared to return to training with the advice of train for 2wks before returning to play, however he and the team was flogged by his coach over these 2 weeks at training and he reinjured his hamstring within minutes of his first game back. There are obviously other factors to consider during hamstring strain rehab, particularly in the late stage? Ie. sprint mechanics, load management?

Steven: It is unfortunate when these situations occur and I may have addressed this question somewhat in the above questions. While I believe strength should be a part of your return to sport criteria, undoubtedly load management plays a substantial role in risk of injury and it's likely that sprint mechanics are also altered when we become fatigued. Perhaps coach education may of helped in this situation?

Mick: Lastly, can you give any students, new grads and budding exercise scientists/exercise physiologists/S&C coaches words of wisdom of how they get involved working in elite sports?

Steven: Certainly, make sure you get the basics of exercise prescription and delivery right first. Find your point of difference/ specialise in an area that will be valuable to the sports organisation you want to work for. Lastly and maybe most importantly, you'll need to be persistent and have thick skin.

Mick: That’s all great pieces of advice Steve! Thanks so much for sitting down with me for a chat and giving a great insight to hamstring strains and hamstring injury rehabilitation! I’ve learnt a hell of a lot today, and I’m sure our readers have too!

Now that you have read Mick's blog about hamstring injuries, enrol in our 'Hamstring Masterclass' with Dr Peter Brukner & Dr Ryan Timmins. 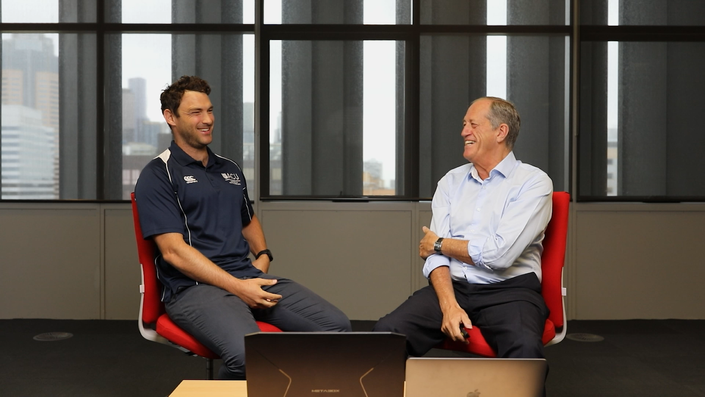 One of the most commonly injured & reinjured parts of the body is the hamstring muscle. Learn everything from assessment to rehabilitation today