When will professional athletes return after ACLR?

It was really interesting watching some of the commentary surrounding Klay Thompson’s ACL injury that he sustained in the NBA finals a couple of years ago.

The suggestion that he should sit out the entire 2019-20 season was a really interesting point, and keeps in line with what we currently know about return to sport (RTS) rates in professional basketball players; and that is, professional NBA and WNBA players return to play on average 10.7 – 11.8 months post-op (Lai et al., 2018).

It also sits in line with what is considered current best practice for recommending a time-based goal for returning back to sport; and that is, for every 1-month RTS is delayed until 9 months post-op, knee re-injury rates are reduced by 51% (Grindem et al., 2016). A really important consideration from this paper is that knee re-injury risk includes all types of knee injuries (not just ACL graft ruptures).

The thinking that he could have returned as early as 6 months post-op is probably a hangover from the 1980s where RTS following ACLR was often guided by time since surgery rather than meeting strength, performance, movement quality and psychological readiness goals (as per current ACLR guidelines and recommendations – van Melick et al 2016).

A recent scoping review of the ACLR literature by Burgi et al (2019) on what criteria are used to clear patients to RTS after primary ACLR found that 42% of the included studies used “time post-op” as the only RTS criteria; and on average ACLR (mostly non-professional athletes) returned to sport at 7.6 months post-op.

This is a really concerning finding, considering the current RTS recommendations, but it is probably more of a reflection of the majority of the included studies in this scoping review that pre-date the 2016 papers published by van Melick and colleagues & Grindem and colleagues.

With a line drawn in the sand from 2016 recommending that ACLR patients shouldn’t consider returning back to sport earlier than 9 months; this begs the question - should this time-based recommendation also apply to professional athletes? And the answer is, “it depends”.

Elite, professional sport is a completely different beast to non-professional sport. There are so many external variables that need to be taken into account when determining readiness to RTS following ACLR.

Here are just some considerations that need to be taken into account; age of athlete, how many potential seasons do they have left before retirement, are they off-contract at the end of the year and need to “prove their worth”, what is the current team injury list like, do they have a significant game/event that they need match fitness for? Ie. Grand Final/World Cup/Olympic Games.

There are numerous cases of elite athletes coming back to sport well before the 9 month post-op mark and do really well.

A couple of years ago, Tyson Goldsack for the Collingwood Magpies AFL team tore his ACL in a pre-season game and returned to sport 6 months later to play 3 finals matches including playing in all of his team’s semi-final games and the Grand Final match.

I don’t follow the NFL very much, but many of my American colleagues marvel over how quickly and successfully Adrian Peterson RTS after his ACLR in 2011.

Conversely, there are cases of athletes who don’t do so well when they come back earlier than 9 months.

Zlatan Ibrahimovic RTS approximately 7 months following his ACLR in 2017 and sustained a knee re-injury (not ACL injury) 6 weeks later in an EPL match for Manchester United and did not play another game in the EPL.

And unfortunately for Tyson Goldsack’s Collingwood team mate Lynden Dunn, he re-ruptured his ACL graft in a pre-season match (his first game back) at the 9 months post-op mark following ACLR on the same knee.

They looked at 24 studies which included 1272 elite athletes of various sports including soccer, NFL, basketball, ice hockey, snow sports, baseball and European handball and found that 83% of all elite athletes RTS for at least 1 more professional game following ACLR.

The time to do so varied greatly between sports: 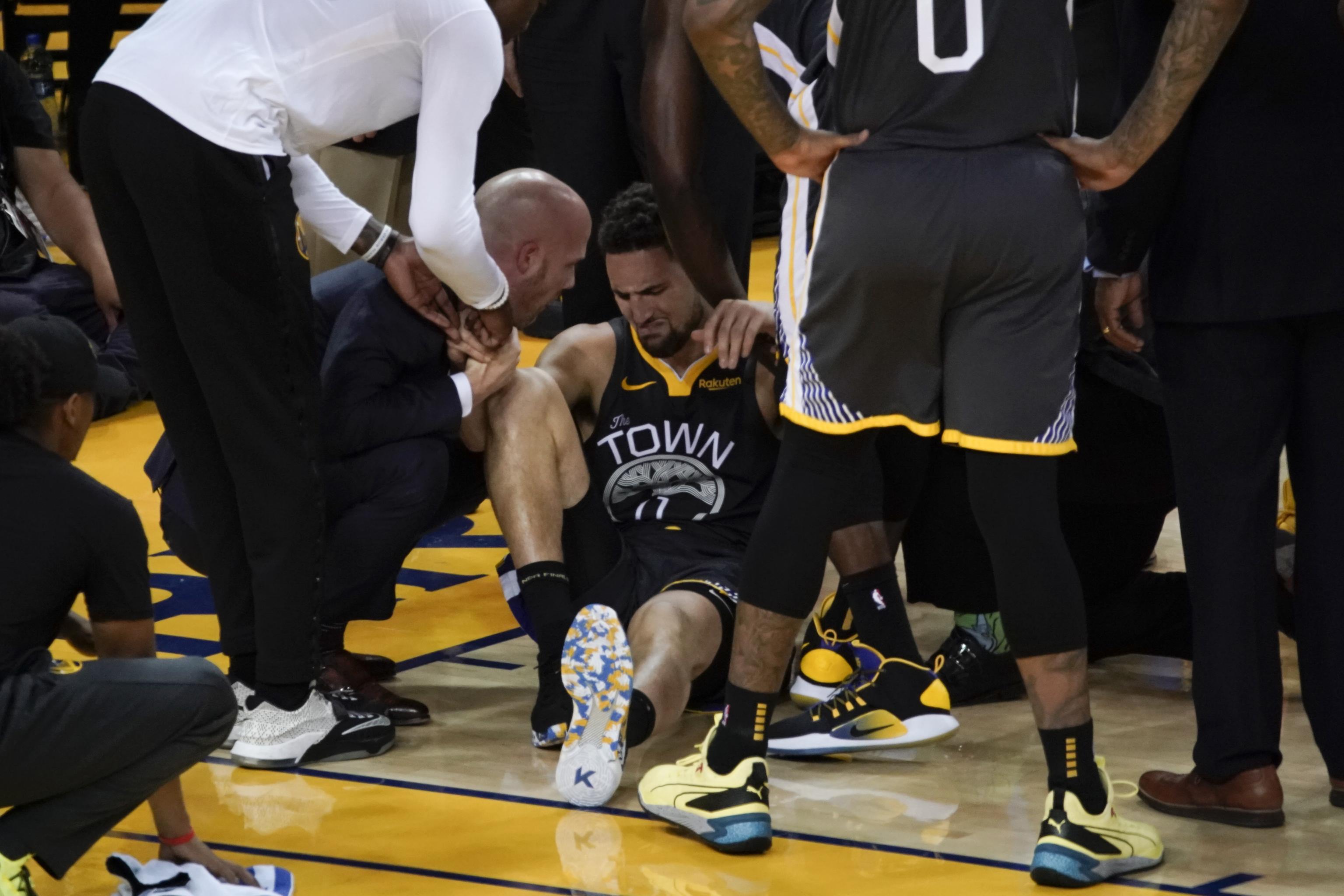 When the authors looked at graft re-injuries in these athletes, they found that 5.2% of athletes re-injured their ACL graft (no indication of when it occurred upon their RTS). The authors also acknowledge that 5.2% may be an under-estimation as not all the included studies looked at graft re-ruptures. Nevertheless, this finding is consistent with the findings in a meta-analysis of graft ruptures in non-elite athletes of 5.8% (Wright et al 2011).

So at least 5% of elite athlete’s re-rupture their graft at some point after RTS (maybe more re-rupture, and maybe more may tear their opposite ACL), but as many as 95% of elite athletes seemingly avoid a graft re-injury? If we’re worried about graft re-injuries upon RTS, it seems that the overall risk in professional athletes is relatively low, and we should maybe take a glass half-full approach, rather than a glass half-empty?

Aside from when elite athletes will RTS and what is their knee re-injury risk is, an interesting part of the ACLR rehab process is whether or not an elite athlete will return back to previous levels of performance.

A question I often get asked about regarding RTS following ACLR in professional athletes is “will they ever bounce back to their previous best?”

Once again, the research will say “it depends… on what sport they play”.

Mai and colleagues (2017) looked at performance measures upon RTS in ACLR athletes (NFL, NBA, NHL and MLB) and found that NFL and NBA athletes had a significant decline in playing performance metrics for the season after surgery.

NHL and MLB athletes on the other hand, did not see any decline in performance measures in the first 1-3 years upon RTS following ACLR.

Closer to home, Lai and colleagues (2019) looked at playing performance in AFL players in the 2 subsequent years back to sport following ACLR.

So back to my original discussion point of this blog – when should elite professional athletes return back to sport after ACLR?

The answer it is.. it depends. 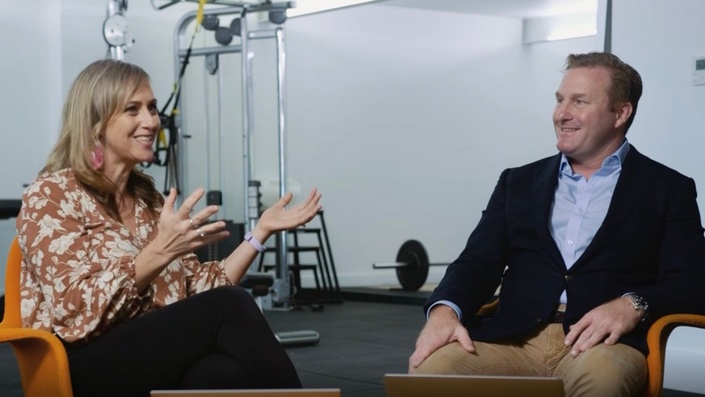 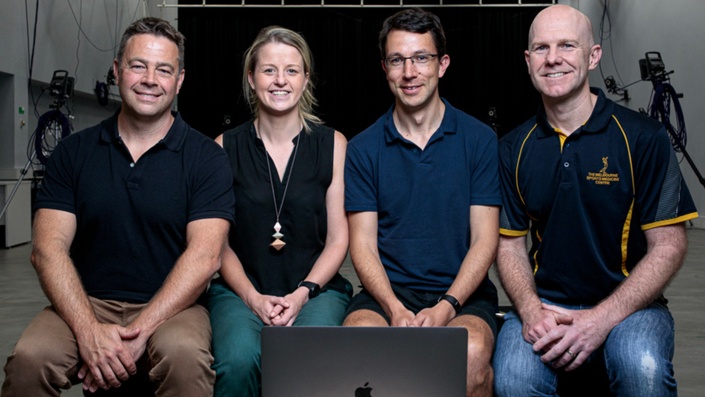